Public Housing is an Economic Driver
Housing authorities generate economic impacts that ripple through the community, city, and region. PHAs own and manage large property portfolios as well as directly support real estate markets through Housing Choice Vouchers and other housing assistance payments.

While the majority of public housing residents are elderly and/or disabled, among work-able households, most are either working, subject to work requirements, or have worked recently.

Public Housing is a Long-Term Investment

The 1.1 million public housing units around the country are a significant investment by the federal government, with a replacement cost of $183 billion.

Public housing is a critical element of regional and local infrastructure due to its proximity to transportation, business centers, educational opportunities, other housing, and community centers, as well as its multiple economic intersections and influence on the economic growth of their cities. 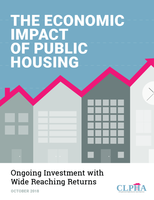 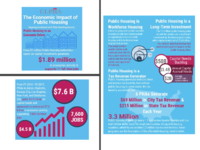 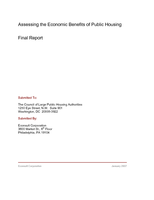