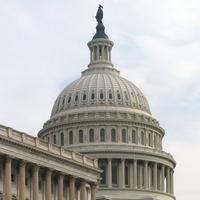 Small Area Fair Market Rents (SAFMRs) is a policy intended to provide voucher holders with better access to areas of opportunity by increasing voucher subsidies in areas with rents that are higher than the metropolitan area’s average and decreasing subsidies in lower-cost areas. SAMFRs were first conceived as a demonstration program to test the policy in five cities across the country over a five-year period. In 2016, HUD required PHAs in 24 metropolitan areas to begin using SAFMRs no later than April 2018.

While CLPHA strongly supports the policy goals of SAFMRs to improve access to higher opportunity areas, local PHAs need the flexibility to create rent structures based on variations in their local housing markets. SAFMRs do not produce the same results for all housing authorities, which is why CLPHA has argued against making the one-size-fits-all policy mandatory. HUD should continue supporting local flexibilities for PHAs to address their unique market conditions through programs like Moving to Work (MTW). MTW agencies, including King County Housing Authority, San Diego Housing Commission, and Seattle Housing Authority, have successfully created alternative payment standards at the neighborhood or zip code level to account for cost variations in their submarkets. But, if presented as a one-size-fits-all policy, SAFMRs will not work. 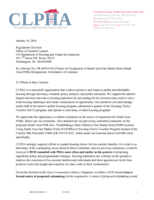 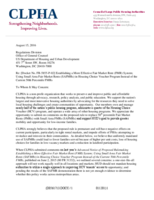 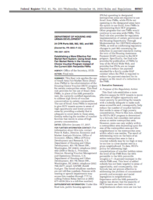 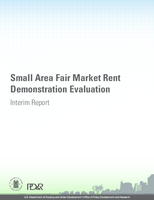 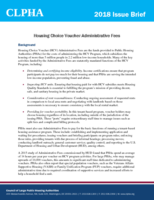 Chronic underfunding by congressional appropriations has forced some agencies to utilize their reserve funds in order to maintain their already-short staff capacity.

On July 6, 2016, HUD published a proposed rule to change the methodology for calculating administrative fees. CLPHA strongly opposed HUD’s proposed changes because of its basis on a statistically unreliable Administrative Fee Study which, furthermore, was not authorized by Congress to calculate. 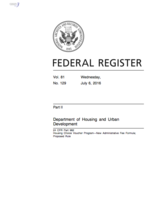 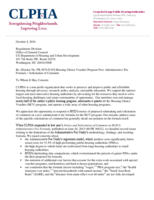 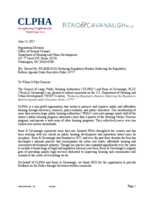 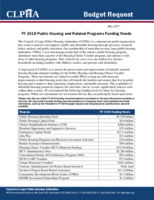 The Housing Opportunities Through Modernization Act of 2016 (HOTMA) received bipartisan support and was passed by Congress on July 14, 2016. The legislation makes significant positive reforms to the Section 8 Project-Based Voucher (PBV) program, including allowing housing authorities to project-based up to 20 percent of its authorized voucher allocation, with up to an additional 10 percent for targeted populations. The bill also allows more supportive services to be provided to homeless families and individuals, families with veterans, and the disabled and elderly. HUD is still in the process of implementing several provisions enacted by HOTMA. 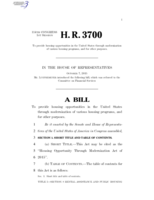 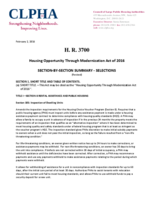